The city of Dallas emergency water distribution efforts were halted on Sunday afternoon after three of four locations turned over all existing supplies.

Nationwide, government and charities, including food banks, have begun distributing food and water to the many people in distress after last week’s extreme winter cold that caused widespread power outages.

Unlike other cities in North Texas, the Dallas water service never ran out during the storms, and the utility was also not required to issue a boiling water notice to residents. However, the freezing temperatures resulted in widespread plumbing damage in houses and apartment complexes where many people ran out of water.

The city’s distribution sites have planned to continue distributing water until Tuesday, or from 10 a.m. to 2 p.m., or until supplies run out. The city said Sunday on twitter that it “expects more water deliveries [Monday] but the opening may have been delayed. “

The city has also launched a mass water program in four recreational centers: Jaycee Zaragoza, Nash / Davis, and Anita Martinez in West Dallas and Walnut Hill in Northwest Dallas. According to the Office of Emergency Management, residents can fill their own containers with up to 15 gallons of water per visit.

“The city gets water from a variety of streets, including shopping and donations,” said Rhonda Simpson, emergency management spokeswoman.

The city doesn’t have a total of how much water it has bought or received through donations, she said.

At the Kiest Park Rec Center, about 10 city workers, as well as park and recreational workers, handed out pallets of bottled water and boxes of groceries from the North Texas Food Bank on Sunday. Park ranger Robert Scalice said hundreds of vehicles were moving through the recreation center’s line.

Bottled water and groceries went fast at the Nash-Davis Rec Center sales office in West Dallas. The site still had supplies at 1 p.m., but they were slowly draining as vehicles formed lines in the parking lot.

Mama 30’s Off The Bone BBQ, owned by Tyrone and Erika Acy, served 300 hot lunches in the parking lot. Many of the volunteers on Sunday were without electricity and water themselves, some even for five days.

West Dallas Community School basketball coach Dederick Tubbs said he had been without electricity and water for several days. He came to the center with several local children to help serve food with the local organization Konnect to the Konnection.

“We were tired, but the energy from everyone and the need is so great,” said Tubbs.

Narvaez said residents of West Dallas were some of the hardest hit in the city – among the first to lose power and some of the last to have them restored.

“We go through something similar every 10 years,” said the city councilor.

He blamed institutionalized racism for the oversized impact on the community. But he said he realized that Oncor Electric Delivery had faced unprecedented challenges by storm.

“There will be time to point the finger later,” he said. “That’s not done yet.”

He assumes that there will be problems that need to be addressed even when everyone has electricity back – especially the plumbing repairs.

Narvaez said many of his constituents do not have insurance to help them compensate for losses from water damage and loss of electricity. The snow and water also collapsed roofs and damaged homes.

Seniors will be among the people most in need, he said. 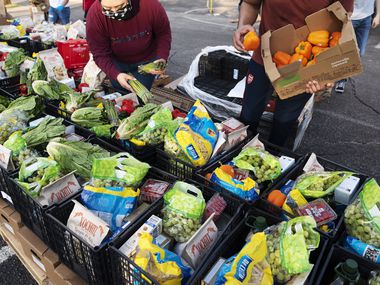